Difficulty: ☠☠ (There is a catch though)
Rating: ✫✫✫ (I would give it 4 stars if your proficiency is higher_

So about a week or two ago, Duolingo (finally) released a Japanese module. Seeing as today I received an e-mail announcing it’s official release, I figured it was only fair that I write review on it now.

For those who don’t know, Duolingo is a free app which attempts to teach users a language through repetition of vocabulary and basic sentence structure. Each subject (sports, weather, family, etc) are a different module. Each module has several lessons. Each lesson has about a dozen questions (I believe some are shorter or longer than others). As you complete modules you unlock the ability to study further modules. You also gain XP and occasionally gems which can be used to buy convenience and aesthetic options from the shop. Once you complete a module, it is “At full strength” with five full bars. As the days pass, the bars begin to go down, encouraging you to redo the lessons before you forget what you learned. The speed at which the bars degrade is to some extent determined by how many mistakes you made while doing the tests.

At the time of writing this review, I am on a 12 day streak, have completed 23.8 modules and am about level 8 or 9 (not really certain where to check that…)

I want to point out, that at the time of writing this review, Duolingo Japanese is still VERY new and as such it would be unfair to act like this is all the app will ever be. However, AT THIS POINT, I would say that Duolingo Japanese is effective, but only if you have a decent grasp on the Japanese language already and DEFINITELY not to be used on it’s own.

While the app is INCREDIBLY simple and honestly you learn things without realizing you are learning it, I worry that the numerous false pronunciations, and more importantly, textbook case Japanese will create some bad habits for new Japanese learners which will be hard for them to break later on.

Again I hope that they polish these bugs out as time goes on as this IS an app I think holds a lot of potential, though maybe not quite ready for a language as complicated as Japanese yet. If you are a new user and still really want to use it, the more power to you! I think it’s great for seeing how sentence structure works in practice. BUT I really strongly suggest getting another Japanese grammar textbook to read on the side. It will save you a lot of pain in the future. (Read through this blog to find a number of textbooks and resources I recommend!)

Yes, I have a dating sim on here… Go write your own review if you’re gonna judge!

This one was suggested to me a number of times but I could never take it seriously. Then I finally gave in and bought it on sale, and I am definitely thankful I did.

Go! Go! Nippon! is a tourist information brochure for Japan disguised as an average trope filled anime show. You play as a foreign guy who gets to experience his first trip to Japan and is doing a homestay at the house of two guys he met in a chat room while learning Japanese. Only it turns out it is not two guys, but in fact two girls, who do their best to show him the best sights in his 6 days visit as they can.

Storywise, it’s okay. You do have some shoehorned tropes, but it is pretty clean and cute. The ending will change based on which types of locations you visit the most (I am not sure what happens if you tie them between the two sisters…) and the endings do have a bit of an “aww” factor.

BUT ON TO THE EDUCATIONAL STUFF!

One of the coolest parts of this game that I hadn’t learned until recently, is that they keep re-releasing it every year, adding in new and updated information based on the current state of Japan. I jumped from the original 2014 version to the 2016 version and found it really interesting just how much more info they have managed to cram in.

If you are about to go to Japan yourself, this game has all the info you will ever need. From how to buy train tickets, to cell phone usage, to cultural traits, to historical sights, to best foods, to local tricks, and more! It even has the option to set the current exchange rate between your country’s dollar and the yen at the beginning of the game so it can track your in game purchases and show you the price of meals, travel, etc.

If you’ve made it this far in studying Japanese and somehow still manage to hate anime for all that it is… maybe just buy a lonely planet book…. but if you like anime and love Japan, give it a try! It’s pretty fun and you learn so much!

As far as language game apps go, this apple app is my favourite. It has a very childish aesthetic yet is also surprisingly polished, and has multiple methods for helping to increase your vocab (an area I struggle with)

The app gives vocab packs (body parts, dates, food, etc) and you attempt to level up by “Mastering the words” in said packs. Most of the games are fast paced and rarely last longer than a minute which makes it surprisingly addicting. (though they would last indefinitely if I was better at them) My personal favourite is the game with a goldfish who will continue to have the water drained out of his bowl unless you guess the right word. As you get more right answers you start having to react faster. Somehow I find this one the most addicting game, though they are all pretty good.

My one qualm with the app is that I find you progress a little too quickly, and have no way (that I’ve seen) to “undo” your progress. I would like to spend a bit more time locking certain packs to memory… or maybe even ease myself back into it when I’ve left the game for a while.

This concept of give and take keeps the community pretty active, and it’s also very easy to end up editing for people from countries aside from Japan. I’ve gotten to talk with Russians, Chinese, Vietnamese, Dutch, Mexican, Brazillian, and more and I have to admit I found it quite addicting for a while.

The two qualms that eventually turned me away from the site were a) it was a little too slow for my liking as you write a long text, and someone edits it, and b) the site DOES crash from time to time. Thankfully one of my friends on the site eventually led me to a new app that I still use to this day which will be reviewed next! 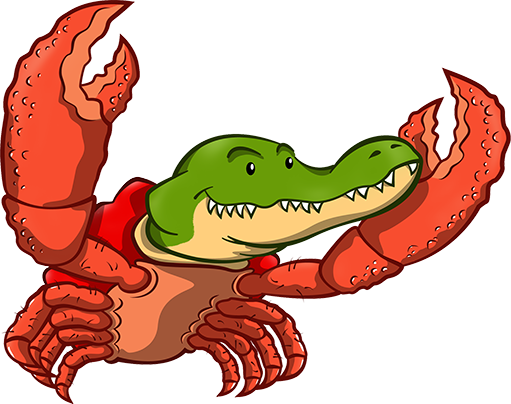 I will be the first to admit that I was skeptical when I first heard about wanikani. Memorization has forever been my weakest skill, and in the two years I had been studying Japanese I had only managed to memorize three or four kanji…. though to be fair 食べる (ta-be-ru: to eat) is probably the most important word to learn when going to Japan in the first place! ^_^ That being said….

Wanikani is mindblowing! (in more ways than one!) In the first week of using it, my mind got crammed with over 60 kanji and 65 vocabulary words! IN A WEEK!!!!!! WITH MY BRAIN!!!

Wanikani uses a Spaced Repetition System which I’m thankful to see becoming a more popular system with self study sites. Spaced Repetition works on the concept of continuously testing you, spacing the questions you get right out further and further, and the ones you get wrong closer and closer. To put it in as simple an example as I can think of:

-A large commitment (You’ll want to use it at LEAST once a day)
–(Recently I have Been Told That You Can Add Synonyms By Clicking “Add User Synonyms” on the Definition Page and it works!)
-Some of the radical menomics are a bit of a stretch… “ALL HAIL THE NARWAL!”

Kanji is one of the largest fears of ANY Japanese learner… in fact even for some Japanese people I’ve spoken to. It is very natural to want to rebel “WHY DO I EVEN HAVE TO LEARN THIS KANJI!?!? CAN’T I JUST GET BY WITH HIRAGANA???” and to some extent you can…. but you will ALWAYS be limited until you take it on. On top of that, I’ve found a surprising number of “quirks” in the Japanese language have started making more sense as I’ve started studying Kanji. From counters, to verb forms, when you start to grasp how kanji works, these overly complicated systems begin to make a lot more sense!

Learning kanji is very important. I can’t suggest it enough. But on top of this it is also a HUGE commitment! If you’re willing to take that on, I don’t think I’ve ever seen a resource quite as indispensable as Wanikani! But it will only be as effective as you are willing to commit to it!

Give it a try! The first three out of sixty levels are free (which, before you complain will teach you more kanji and vocab than most students learn in their first year) and after that you can decide if the subscription is worth it or not! For me I do not regret it. It’s a site I hope to use for a long time to come!

Tofugu is a (relatively tongue in cheek) blog which covers a variety of topics for people interested in Japanese or Japan. Run by some enjoyably geeky people, you can enjoy reading posts, resources, or my personal favourite, get a weekly message from them with a list of their top Japanese-y things they’ve enjoyed this week.

They’re enjoyable, informational, and well written. Not much else to say other than look them up!

Erin’s Challenge is a short video series describing the adventures of a high school transfer student who comes to Japan. The acting is okay. Ironically I find the side characters to be my favourites. It is also interesting how while the basic lessons follow Erin, the advanced lesson’s follow Erin’s Japanese friends during the same time line. (AKA Lesson 1 basic happens at the same time as Lesson 1 Advanced though with different people)

There is also a pretty advanced subtitle version so you follow along with subtitles in Romaji, English, Kana, or Kanji. Reading while listening does help a lot so I highly suggest it!

Finally there is a cute feature added on where for the basic lessons there is an animated manga version of each episode that I had to admit was pretty enjoyable to read. I kind of wish they had it for the Advanced version as well!

There is not really much else to say about the site. It has flashcards, and a few other standard features. But at the same time I found it pretty enjoyable! Give it a shot if you have an afternoon!

Learning a language is hard no matter who you are. this is something I’ve learned especially after the last 3 years of self studying Japanese. The following is a collection of the various Japanese textbooks and resources I have read, how easy they were to use, and how much I recommend them. がんばってねみな！

A Comprehensive Review of Japanese Learning Resources
Blog at WordPress.com.